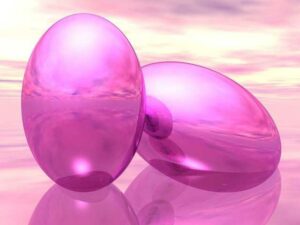 It falls into the category of ‘I’m not sure how to react to that’ but Apple and Facebook have just announced a new perk for their female employees – they will pay the costs if a woman wants to have her eggs frozen for later use.

It’s such a strange concept that even the bible-thumping, ‘anything that’s new is probably the work of Satan’ crowd isn’t exactly sure how to react. It’s almost the opposite of an abortion issue so it’s hard to be outraged on the ‘right to life’ stance.

But it is techie and all sciencey so it’s probably bad somehow…for some reason.

And it doesn’t really fall into the ‘technology companies aren’t doing enough to attract women’ category either since it is obviously a very generous gesture clearly made toward women. Costs for cryogenically freezing human eggs run between $10,000 and $20,000 so the companies are offering considerably more than a few extra bathroom stalls.

I suppose one could say that the egg-freezing offer is sort of like the companies saying ‘We would prefer to keep our employees around for a dozen or more years. But if women are quitting after only a few years in order to go have families then we’ll pay for an alternative solution where they can put off being a mother at least for a while.’

So Apple and Facebook would rather have their female employees postpone having families until they have contributed a dozen or more years of their time and talents to the company. Work first, family later.

It’s an odd perk to say the least and so far the reactions from women have been mixed.

No word yet if either of these companies will be offering some sort of comparable perks to their male employees – although I’m not sure what those perks might be. I think if you offered to pay for freezing their sperm most men would probably shrug and say, ‘I’d rather have a beer dispenser in the break room.’