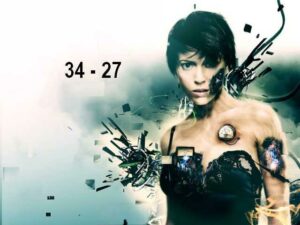 Microsoft’s Cortana slipped a bit in week four of the NFL season only picking five games correctly while missing eight.

In a week that saw the Las Vegas bookies gaining a point in picking seven winners versus Cortan’s (and my) six winning picks, it would be hard to imagine anyone getting all 13 games.

Few people (except me) picked the Giants over the Redskins and nobody (including me) picked the 0 and 3 Buccaneers to upset the 2 and 1 Steelers. Everybody seemed to think the Falcons would run over the Vikings and the Saints beating the Cowboys seemed like a no brainer. Nope.

I’m not sure why the bookies and Cortana liked the Raiders to win in London versus the Dolphins. The Raiders never play well when traveling to the East coast and London is about twice as east as New England (where they lost to the Patriots last week). Now I’m a Raiders fan but even I can see that it’s going to be yet another very long and painful year at the bottom – again.

I’m feeling a bit smug about picking the Chiefs in the Monday night game while everyone else picked the Patriots and I thoroughly enjoyed watching them trounce New England.

Now that the season is fully underway and many of the teams are beginning to show their true colors I wonder if it is going to get any easier for Cortana to pick the winners. However, the people-in-the-know at NFL HQ have put together a schedule that looks like it’s going to have some interesting matchups.

I expect Cortana to step up her game and climb back above 500 in the coming weeks.

Jimmy Page Ready To Move On From Zeppelin