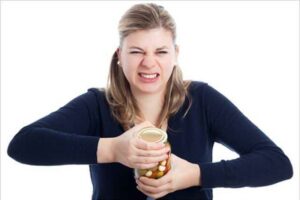 In a widely discussed post on the Apple website yesterday the company claimed that they won’t comply with government or law enforcement warrants to unlock devices running the new iOS 8, because they can’t.

“On devices running iOS 8, your personal data such as photos, messages (including attachments), email, contacts, call history, iTunes content, notes, and reminders is placed under the protection of your passcode,” Apple said on its Web site . “Unlike our competitors, Apple cannot bypass your passcode and therefore cannot access this data. So it’s not technically feasible for us to respond to government warrants for the extraction of this data from devices in their possession running iOS 8.”

Of course as iOS forensics expert Jonathan Zdziarski points out, it is still possible to access many of an iOS 8 device’s inner secrets using a ‘data siphoning’ trick that takes advantage of the same mechanisms that allow users to transfer data off a device with programs like iTunes and iPhoto without entering the device’s passcode. If the cops or men in black manage to turn on the device and have access to another device that has been previously synced with the iPhone or iPad they are trying to crack, they can access things like photos and videos stored on the device using this trick. Zdziarski speculates that Apple left that ‘hole’ open because it would complicate iOS 8 devices’ interactions with programs like iTunes and iPhoto.

And there is also the fact that a lot of the data Apple claims it can no longer get to is already available from other sources. Your texts, emails and messages had to come from somewhere (unless you spend a lot of time sending messages to yourself and even then they had to travel through some carrier’s network). The iTunes you downloaded came off an Apple server and I’m pretty sure Apple can access its own servers. Your phone service provider automatically saves your complete call history. And unless you have someone in your contacts list you never called then they can recreate that too (although I imagine having records of actual calls made from a suspect’s iPhone to someone else would carry much more weight in a court of law than simply having that person’s name and phone number in their contact list).

Finally, if you ever backed up your iOS 8 device to the iCloud all the data is readily available from there.

So, about the only thing that the government can’t get are any notes or reminders that you never shared and never backed up and are still saved on your iPhone. ‘Note to self: Rob bank this afternoon and use the money to buy drugs from Smitty.’

While it is admirable that Apple is beginning to get more serious about security issues (probably because of that little celebrity nude selfie thing) I don’t think this change is really going to amount to much. I seriously doubt that criminals and terrorists are going to rush out and buy iPhone 6s because of these new ‘security’ changes.

Will HealthKit data actually be useful for doctors?