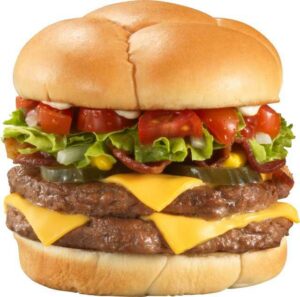 Apple’s big event is just wrapping up and the big news was two new iPhones (one of them bigger), a new wearable Apple Watch and near-field payment capabilities.

I’m not going to go into all the details – primarily because everyone else on the planet is already reporting on the Apple event (and second because I didn’t get an invite and wasn’t there). I’ll wait a few days for the dust to settle and the truly hard-core geeks get their chances to run down the specs in much more depth.

But, in the interest of completeness, I’ll just say that Apple introduced two new iPhones; the iPhone 6 and the iPhone 6 Plus. Both phones are expected to ship on September 19 (so all those Apple extremists who have been camping out at Apple stores around the country are going to have to cool their jets for another 10 days before they can plunk down their money for a new toy – do these people have real jobs? Are they using their vacation time to make sure they are among the first in line?)

The Apple Watch that everyone had been expecting seems to be…well…pretty much what everyone was expecting. It’s a wearable, it’s a bit big and clunky, it can read your heart rate and stuff and it needs to be tethered to a nearby iPhone. Oh, and it buzzes when you’ve got mail or messages.

The Apple Watch will come in three varieties; Apple Watch, Apple Watch Sport and Apple Edition (with an 18-karat gold case). Prices will start at about $350 and they should go on sale in early 2015.

Finally, Apple is trying to jumpstart the near-field payment technology that has been around for a while but just hasn’t taken off the way people thought it might. Called Apple Pay, it’s basically a way to pay for stuff with a wave of your iPhone (or presumably your Apple Watch). They announced that they’ve already signed up Walgreens, Disney and McDonald’s, so you will soon be able to wave your iPhone and buy a double bacon cheeseburger with a side of fries (I wonder if your Apple Watch can track your cholesterol levels too?).

There are many critics of the near-field system and most of them are coming from the security sector. Apple made a big point of stressing that they have built-in a lot of security safeguards with their system but I doubt that will satisfy those who think near-field is a disaster waiting to happen.

Other than that U2 played a song or two and said they would give away digital copies of their next album for free on the iTunes store for a limited time.

So, I have officially done my part in covering the Apple event. On to other things.