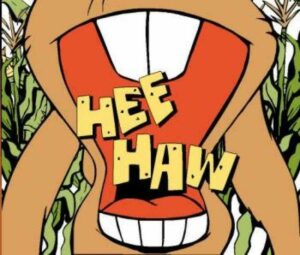 The somewhat quirky RFD-TV network has signed a new deal with AT&T expanding the farming- and country-oriented network to 46 million homes.

In case you’re not familiar with RFD-TV it carries what some people might call an odd mix of programming. Catering to a decidedly rural audience, the network features country and western-style entertainment shows like HeeHaw, The Porter Wagoner Show and The Roy Rogers Show. It also features shows about farming, crops, feed and grain prices, etc. There are nearly a dozen shows about horses and a few shows about sundry other country-folk past times like tractor pulls, guns, outdoor cooking, cars and corn.

The station’s founder and chairman, Patrick Gottsch has been lobbying regulators, legislators, the FCC and just about anyone in Washington willing to listen and he says it all finally paid off.

Gottsch also claimed that 95 percent of all the comments the FCC received about the proposed AT&T/DirecTV merger involved RFD-TV.

“No other channel gets so much support from its audience,” Gottsch said.

I’m not so sure about that 95 percent number but hey, you’ve got to have a big personality (or big hair) to dance at that particular hoedown.

AT&T spokespeople said they would begin carrying the SD version of the network right away on its U-verse pay-TV system and will roll out an HD version later this year.

Good for RFD-TV and a big thumbs up to AT&T (green thumbs of course).

It just goes to show that there are some tech news stories that don’t have anything to do with phablets or wearables or IoT or Google. And I bet most viewers of RFD-TV aren’t going to be waiting in line to buy a new iPhone (unless it has a built-in duck call).

A bigger iPhone, an Apple Watch and a new way to pay for burgers