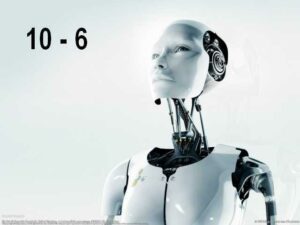 Not a bad score considering there were a number of upsets that caught just about every expert off guard, including Cortana.

If things had gone the way most people had predicted Cortana would probably have guessed 14 out of the 16 games – an impressive record for anyone, even an app.

But guessing the outcome of any football game isn’t a sure thing no matter how much computing power you have.

I’m a big football fan and I enjoy talking about how technology has changed the game. Anything that provides more insight into the games is a good thing in my book and I miss the tech bells and whistles when they aren’t present. These days I expect to be able to see down and distance numbers displayed on the screen, the clock, the score, how many time outs each team has left, the 30-second clock and line of scrimmage and first down lines superimposed on the field. And it almost wouldn’t be football without instant replay.

I know that how many NFL games Cortana picks correctly means next to nothing in the grand scheme of things (many people, including my wife, would insist that football itself means next to nothing). But for my own amusement, and hopefully yours too, I’m going to continue following Cortana’s picks as the season progresses.

A bigger iPhone, an Apple Watch and a new way to pay for burgers