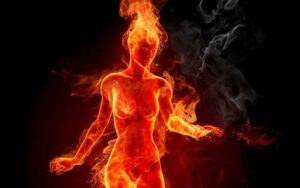 Amazon has announced an agreement with AT&T to offer customers in the U.S. (and soon the UK) a Fire Phone for $.99 (with a two year AT& contract).

That’s a pretty steep discount considering the smartphones normally sell for around $200 to $400 depending on memory configurations. The version offered in the new AT&T deal is a 32GB version and includes unlimited cloud storage, as well as the exclusive Dynamic Perspective, Firefly, and Mayday features that launched with the device when it first appeared in June.

For some people this new deal is going to be terrific but for anyone not particularly interested in signing onto a 2-year contract with AT&T no so much.

The Fire Phones haven’t been selling all that well in their first three months of life and they’ve gotten so-so reviews from the press. Part of the reason for the device’s lukewarm start was a lack of apps and Amazon’s desire to make the device a mobile stuff purchasing platform rather than just another smartphone. However, Amazon has added a number of apps to their Appstore recently that include MLB.com At Bat, Tetris Blitz, Venmo, and Fly Delta, as well as old favorites like Facebook, Instagram, Pandora, Pinterest, Spotify, Twitter and WhatsApp so they’ve got most of the social media bases covered.

I admit that if it weren’t for that exclusive AT&T deal I would seriously think getting a Fire Phone (I don’t consider myself a power smartphone user but I’m curious about the Dynamic Perspective thing). But as a more casual user I also don’t really want to spend any money on a new phone. If I can get a decent phone for free versus a ‘super’ phone for $400 or more then I’ll get the free one. I don’t care what people think about my smartphone.

So this new deal sort of brings the Fire Phone back into the ‘reasonable alternative’ category. A relatively decent phone for next to free versus other phones that may be better but cost more.