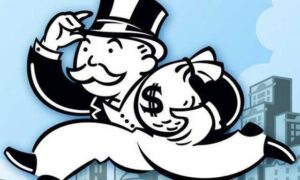 Discovery Channel has submitted a filing with the FCC opposing the proposed merger of Comcast with Time Warner Cable.

According to the filing Discovery Communications, which owns Discovery Channel, Animal Planet and TLC, says that the merger could create monopoly-like conditions in the TV space by giving the combined company unprecedented control over advertising, sports programming, broadband speeds and even what TV shows make it into American homes, at what price.

According to an article published on the Time Magazine website, last year Comcast paid networks $9.1 billion in “retransmission fees,” a sum that makes up the majority of profits for even the nation’s largest programmers. Without those fees, many content producers’ business models would collapse.

If the merger is approved Comcast will control 30% of the American TV market and dominate 19 out of 20 of the biggest cities in the country. It would also give Comcast control of up to 70% of American broadband internet connections fast enough to stream or record several HD TV shows at the same time.

Comcast claims that it would control only 30% of broadband connections, but their definition of broadband includes DSL connections that are too slow to stream multiple HD channels (even the FCC says DSL shouldn’t even be considered broadband in this day and age).

Content providers like Discovery Channel fear that the merger would give Comcast a much more powerful position at the negotiating table. If Comcast chooses not to carry a network, or to relegate a channel to a cable tier that reaches fewer American homes, it could all but destroy a network’s ability to survive or receive adequate advertising.

Comcast’s dominance in the TV distribution space could also give it the power to demand that content producers and networks do not distribute their content online, either through an independent website or on a service like Netflix.

Comcast could easily offer subscribers a Netflix-like service except for the fact that they earn much more money charging customers extra fees for on-demand movies sold one at a time.