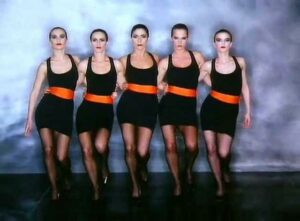 Earlier this week Microsoft announced they were removing 1,500 junk apps from the Windows Store because they were misleading, fraudulent or simple knock-offs of other apps.

Some of the apps charged download fees for something that simply pointed to someone else’s free service. Some didn’t clearly state that in order to play the game or use all the features of the ‘free’ app users were going to have to make additional purchases. But many of the apps were blatant rip-offs of other apps.

Stealing other people’s ideas has been a common theme in just about every industry since the dawn of time. That’s why we have patents, copyrights and trademarks – not that those things have deterred people from infringement. If a movie or television show is a success then you can bet there will be a knock-off hitting the screens within a few months. Fashion designers have their newest clothing designs copied, mass produced and on the shelves by the time the model has strutted to the end of the runway and back. If something is collectable, in vogue, desirable or popular it will be copied.

High tech is no different. Just look at all the patent infringement lawsuits between hardware and software giants.

But if you are going to steal someone’s smartphone features or software libraries you need to have a lot of clever engineers and some serious cash.

Not so for apps. Apps, by their very definition (or what has become the de facto definition) are small programs that only perform a limited number of functions and they have become increasingly easy to create. There isn’t a lot of complexity in something like Angry Birds (distance equals velocity squared times the sine of twice the angle divided by 32 feet per second squared – just in case you want to write your own). And even a moderately skilled programmer could come up with a Tetris or Candy Crush knock-off in just a few hours.

Recently a number of game app developers have seen their sales erode and some of them have said that copies and clones of popular games flood the app stores within a few weeks.

These days if you come up with a popular new app you will only have a small window of time before the clones push you off the top of the list and you are buried underneath the mountain of competitors. And in many cases it’s simply not worth the effort to try and sue the people who copy your app (or you wouldn’t stand a chance in court because you stole the original idea from someone else in the first place).

The speed of high-tech development, advances in programming tools, the immense popularity of apps and the simplicity of many apps has turned the app industry into a quickly flowing river filled with piranhas.

I applaud Microsoft’s efforts to try and clean up their app store – I just don’t see how it will be possible to eliminate all the clones.