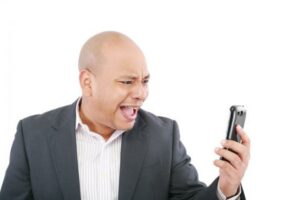 According to Queen Mary University of London (QMUL), it may be possible to charge your smartphone with sound.

Dr Joe Briscoe and Dr Steve Dunn from QMUL’s School of Engineering and Materials Science discovered that solar cells improved in performance when pop and rock music was played.

Working on the research with Nokia, a team at QMUL developed an energy-harvesting prototype, what they call a nanogenerator, to use to charge a mobile phone and for power they decied to use everyday background noise such as crowds at a football match, traffic, music, or the voice of the user.

The team used zinc oxide in the creation of their prototype. Zinc oxide will generate energy  from movement so as it is squashed or stretched it creates a voltage. The team created nanorods out of the zinc oxide. In nanotechnology, nanorods are elongated objects, about 1-100 nm in size, created in a chemical process and are used  as semiconductor material in energy harvesting and light emitting devices.

It is the nanorods that respond to the vibrations and movement created by sound and the electricity is harvested from them to charge a phone.

The researchers were successful in coming up with ways to increase  the large scale production of their nanogenerators because they want to be able to keep mobile devices working longer and do away with batteries completely.

Dr. Briscoe told Phys.org, “This collaboration was an excellent opportunity to develop alternative device designs using cheap and scalable methods. We hope that we have brought this technology closer to viability.”

Ultimately, a final product for consumer use is years away but the notion that sound could charge your phone is a fascinating one. We hope it works because the next time we have to shout profanities at AT&T for our service we can feel better about it afterwards.