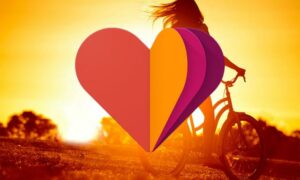 Google Fit SDK a bit like Google Play Games, a set of APIs that developers can use to build cloud based fitness tracking applications for Android devices.

Google Fit will take advantage of the myriad opportunities for Android devices to track data from wearable technology and become a repository for all Android fitness data or so Google hopes.

The API is broken up into three different groupings. The Sensor, Recording and History APIs. Android device sensor data will be easily made available in real time. The Recording APIs will allow this data to be archived in the cloud for further manipulation. The History APIs will, essentially give developers access to sensor data that is recorded and stored in the cloud much the same as access to any database.

Google is working with a number of companies to bring fitness apps and services to Android, including the once iOS only Nike, and its  main competitor Adidas.

The actual SDK will officially be launched in the Fall of this year, but you can get the developer preview right now at Google Fit on the Google Developers site.

No more Charms bar in Windows 9