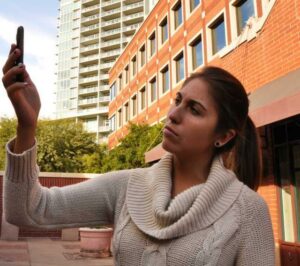 Prospective home owners are increasingly choosing a property on how strong its mobile phone reception is, thus illustrating a drastic departure from the traditional methods of picking a new house.

A new survey conducted by RootMetrics reports that 45 percent of 18-35 year olds stated that having a good signal is the most important factor when buying a new home.

“With so many people reliant on their smart phone devices for work, social media and keeping in contact with friends and family, it is no surprise it is the top factor in young people’s wish list. Checking your mobile signal should become a routine action in every property you view, as a lack of phone signal could cause you a lot of hassle in the long run once you are living there,” stated David Cox, Managing Director, Association of Residential Letting Agents [ARLA].

Having a strong mobile signal came out in front of more traditional considerations such as crime [21 percent], transport links [18 percent] and schools [17 percent] that all trailed far behind.

The importance of a strong mobile signal was also shown by the fact that across all age groups 49 percent of all those surveyed said they would reconsider buying or renting a home if the mobile coverage is poor. This is exacerbated due to the 51 percent that admitted to having problems with mobile phone reception in their current home.

Not being able to get in touch with loved ones via a mobile due to an unreliable signal is also top of the list of “pet peeves” with 87 percent of respondents identifying it as such.

RootMetrics, which offers a free app to test a phone signal in any location, surveyed over 2,000 UK residents in order to gain a stronger understanding of the people that use its service.