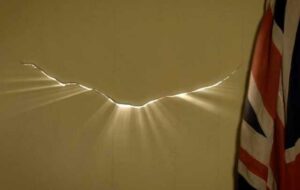 A few years ago it would have been unthinkable, but whispers that Apple and Samsung are losing their stranglehold on the market are growing louder.

It all stems from the fact that customers are becoming increasingly frustrated at the mobile market mono-culture. In the West especially, we’ve developed a sort of smartphone East Anglia: hedgeless, featureless and planted as far as the eye can see. This is the Samsung strimmer, the Apple Inc. lawnmower, cutting all other competition out of the market.

But now a new report has revealed that Apple and Samsung are experiencing their first major challenge from disruptive European vendors.

Netbiscuits specialises in mobile analytics, and having studied consumer web usage in over 242 countries it has found a number of shifts in the competitive mobile space.

“The web trends report really focusses on the key trends in the mobile landscape,” Head of global research at Netbiscuits Duncan Clark told ITProPortal. “It allows people to examine the shifts that they’re seeing in their own mobile analytics in a wider global context. It means you can see how your traffic compares at an aggregated, wider level.”

The latest report marks a dramatic shift in mobile market share. While the challenges of emerging local vendors in Asia have been well documented (Huawei and Xiaomi, to name just two) until now Europe has largely resisted home-grown vendors. Now that’s changing.

French company Wiko and bq in Spain have muscled a “Top 50 devices” spot in their own countries for the first time ever. It signals a growing European interest in “home-grown vendors,” coming at a time when Samsung’s earning guidance signals a 24 percent decline in operating profits.

Coupled with increased fragmentation in Asian markets as cheaper brands enter the market, it seems that smaller, more agile companies are gaining popularity around the world and disrupting dominant players.

So what does this mean for Britain? “Up until now we’ve been quite nicely sheltered, particularly in the UK,” says Duncan. “We’ve sat in an Apple and Samsung bubble with the wool over our eyes regarding trends around the world. That’s becoming a little bit dangerous.

“Ideally you’d like to think as an organisation that if you cater for your Android and Apple customers and given them a good mobile experience on your website then you’ve ticked the box, job done. Now what we’ve started to find during the course of last year that an increasing challenge to the market dominance of Apple and Samsung is gathering momentum.”

Essentially, it means a Samsung / Apple only approach could be alienating a vast swathe of your potential customers.

For the full report, which also details the problems with 4G adoption across the globe, check out the official Netbiscuits site here.