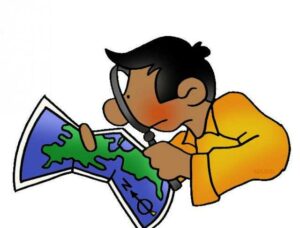 Google has announced the addition of an Explore Nearby feature for its Maps application on iOS and Android.

The feature, which will launch next week, expands Google Maps beyond a simple direction app, and it will now adjust its results based on context such as weather and time of day. The search engine firm recommends users have location reporting and history turned on for the best results.

Users will be able to look up information on nearby venues and the more places they go, the more accurate Google Maps will get.

The new feature goes head to head with Foursquare, the location-based social network that allows users to check-in at venues based on a mobile device’s GPS signal. Google Maps’ ability to offer directions could make it a serious challenger to Foursquare, particularly with the latter currently reinventing itself by offloading all check-ins to its Swarm app.

The newest Google addition also comes at a time when mapping applications are becoming increasingly competitive. Yahoo recently developed a mapping algorithm that allows users to select a route based on happiness or beauty, rather than traditional factors like distance and time.

While Google Maps was found to be the world’s most popular smartphone app last year, the addition of the Explore Nearby feature suggests that the search engine giant doesn’t want its competitors to overtake it any time soon.

Who needs a smartwatch when you can have smart shoes?