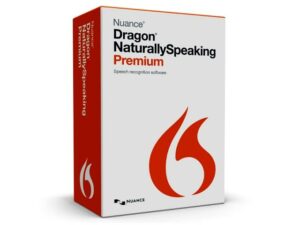 Dragon NaturallySpeaking is the best known speech recognition package available for the PC and there’s plenty of innovation in version 13. From a simpler, less time-consuming installation, to improved help with learning the application, the process of getting up to speed has been greatly streamlined for both home or small business users.

Dragon 13 also works with a wider range of applications, including more Internet browsers, email clients and word processors. If you need to tailor the program’s vocabulary to your particular use, the Vocabulary Editor has also been revamped, to make tweaks for the way you use it easier to achieve.

Over recent editions, the installation and initial training required for Dragon NaturallySpeaking has reduced considerably. In Dragon 13, none is required at all. Simply install the software from CD or download, connect a microphone and dictate immediately.

Although you can still improve recognition rates by optionally running the training texts and reading from Lewis Carroll or Dilbert, you can now jump straight in and start dictating it into the program’s text editor, DragonPad, or into your favourite word processor, whether that’s Word, WordPerfect or OpenOffice Writer.

Recognition accuracy has been further improved, by up to 15 per cent, and it’s not unusual to be able to dictate a complete letter without a single error. When they do crop up – most commonly with homonyms (different words that sound the same, like rose and rows) – it’s an easy matter to select the offending word and correct it, usually just by picking from a list of alternatives.

Dragon 13’s revamped DragonBar takes up much less space on the screen than it used to, as it shrinks down to something a little larger than a desktop icon when not in use. Move the mouse over it and it expands to a full set of controls, including the Vocabulary Editor, audio setup and management of individual profiles.

If you’re coming to Dragon 13 as a new customer, there’s plenty of support for learning how to use it in the Learning Center. This is a panel that by default sits on the right-hand side of the screen, offering help with the words and phrases the program understands. It works under four different area headings: dictating, navigating, editing and controlling. The contents of the Learning Center are context sensitive, so it adjusts to the applications you’re working with.

The panel showing recognised commands also offers tips on using the program, such as getting your ideas down first and editing afterwards. It also reminds you that you don’t have to do everything by voice command; it can be very efficient to mix voice, keyboard and mouse as you work. Within the Learning Centre, the MyCommands tab handles just that. If you have tasks that you regularly undertake in whatever software Dragon 13 is controlling for you, you can automate them, in the same way as creating a macro, and add them to the list of commands the program understands.

So, for example, if you regularly add a scanned image of your signature to the bottom of letters, you can automate this process and add it as a new command, called something like ‘My Signature’. The Learning Centre also offers a quick way to the full on-screen tutorial, which guides you through the main principles of the program in a simulated environment. You can watch the tutorial in convenient chunks, to learn about the program’s many features as you need them.

Dragon 13 doesn’t just offer dictation, but can be used to control many Windows applications. The new edition adds control of browsers, such as Google Chrome and Firefox, to its existing support for Internet Explorer. This means you can use any of the major Internet browsers to search and display information and control them entirely by voice.

You can edit Internet pages within these browsers, too, so you could, for instance, update a blog in WordPress or add posts in Facebook with the same kind of editing facilities you’d have under voice control in a local word processor. You can also issue searches by voice, by saying things such as “Search Google for cute cats”. The same goes for email clients, such as Gmail and Yahoo! Mail, as well as Office Outlook and Outlook Express, which were already supported. You can now dictate your emails and send them without having to use the keyboard.

You don’t have to wear a headset to speak to Dragon 13. It’s now geared to working with the microphones built into many laptops. As long as you speak without waving your head around too wildly and in a reasonably quiet environment, the software can cope. This makes it much easier to dictate in hotel rooms and other locations away from home, without having to carry around and wear a headset.

Those already seeing the benefits of Dragon speech recognition for dictation and application control will still see bonuses in version 13. Accuracy is improved so even fewer corrections will be needed and those who use the software on their laptops are now be able to dictate directly to the onboard microphones, rather than having to wear headsets.

Although the new application has to be installed from scratch, you can take your existing speech profiles with you for the devices you use – cabled headset, Bluetooth, or dictation recorder, and so on. The installation utility automatically upgrades them to work with the new version of the program.

The software still works with conventional headsets, Bluetooth devices and can transcribe from a number of audio recorders and dictation machines, too. There’s also Dragon Remote Microphone for iOS and Android, so there’s a wide range of devices through which you can create text.

Although Dragon 13 has a very wide vocabulary, which it recognises straight out of the box, including many technical terms and names of things and people, there are bound to be some specialist words you will need to teach the program in customising it to your needs.

The Vocabulary editor has been redesigned to be simple to use when adding or editing entries in the recognised word list. New words can be added and their pronunciations stored, so the program will recognise them during dictation. You can also change the spelling or spacing before or after a word, to suit your own preferences or house style.

Smart Format Rules help out when you need to tell the program to make the same kind of corrections in a number of different circumstances. For example, if you normally write numbers from one to nine as words, but numbers larger than that as digits, there’s a Smart Formatting Rule you can set to do this for you, automatically.

Nuance’s Dragon NaturallySpeaking 13 has reached a point in its development where it really can be a plug-and-go application. Once installed, you should be able to speak directly to it and expect very few errors in the text you produce.

Google Maps feature will let you Explore Nearby stuff

Mobile app of the day: WinZip