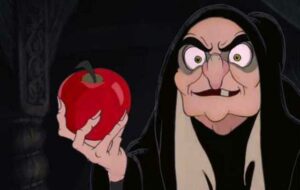 The CPC network and European Commission released a statement today criticizing Apple for not doing enough to warn people about in-app purchases or guard against children making unauthorized purchases.

The statement was surprisingly straightforward and included a number of items that they felt Apple was still being lax about (if not downright misleading).

First they addressed Apple’s choice of font size in their warnings:

Next they criticized Apple’s use of the word ‘free’:

CPC authorities consider that only apps where in-app purchases are optional can be presented as “free” without misleading consumers. As set out in the CPC common position of 9 December 20132, an on-line game cannot be marketed as “free” where the consumer cannot, without making in app purchases, play the game in a way that he/she would reasonably expect.

The complaint also points out that while there is a generic statement in Apple’s App Review Guidelines that “Apps must comply with all legal requirements in any location where they are made available to users. It is the developer’s obligation to understand and conform to all local laws,” the CPC network says that’s not enough. They want Apple to provide “Clear instructions to the app developers that on-line games involving direct exhortations to children are banned from distribution in the EU market.”

And even though, as the complaint admits that “Apple proposes to create a specific e-mail address through which enforcement authorities can inform Apple about possible violations of applicable law and coordinate discussions with the developers concerned,” they also point out that “However, so far no precise implementation date for these proposals has been put forward.”

Finally the complaint scolds Apple for dragging their feet:

Apple has clarified that its settings regarding payment approval will continue to vary according to the different devices and operating systems. Although, regrettably, no concrete and immediate solutions to address the concerns linked to payments’ authorisations were proposed to this date, CPC authorities note that Apple has proposed to address these concerns in the future. So far, no firm commitment and no precise implementation date for any possible future changes have been put forward, in particular as regards the default settings.

On the other hand, the statement goes on to praise Google for their ongoing efforts to address in-app purchases, make reporting easier and protecting children.

So, good Google, nicely done, but bad, bad Apple for not addressing these issues in a timely manner.

You can read the complete complaint here.