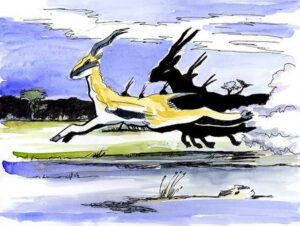 In the shadow of Microsoft’s announcement that they will be laying off nearly 18,000 people in the coming months CEO Satya Nadella all but said they would be using agile techniques to boost productivity.

According to an article in the CIO Journal written by Clint Boulton, “Nadella is preaching a more nimble approach to building software as part of the company’s transformation to ‘reinvent productivity’ in a ‘mobile-first and cloud-first world.’ The effort, known as agile software development, is designed to lower costs and hone operations as the company focuses on building cloud and mobile software. Microsoft’s new approach may also make redundant certain app development positions, a result that could prove beneficial [in light of the upcoming job cuts].”

Mr. Nadella said that it makes more sense to have developers test and fix bugs instead of a separate team of testers to build cloud software – definitely an agile practice. Such an approach, a departure from the company’s traditional practice of dividing engineering teams comprised of program managers, developers and testers, would make Microsoft more efficient, enabling it to cut costs while building software faster.

Boulton also pointed out that “Analysts say that Mr. Nadella’s comments hint at the increasingly popular agile software development method. In agile development, programmers rapidly write and deliver functional code in two to four weeks, a departure from the “waterfall” method of building software over several months or years.”

According to Merv Adrian, a Gartner analyst, Microsoft’s move to agile “is the inevitable consequence of moving to the cloud,” where vendors are expected to provide constant software updates.

Al Hilwa, an IDC analyst, said that Microsoft will likely integrate teams of quality assurance testers with software developers to accelerate its programming processes. “They’re re-engineering the engineering by going to a more agile development,” he said.

While some people have questioned the agile approach in the past it has become not only an accepted approach to software development it has almost become a requirement in these days of fast deployment and cloud computing.

According to Massoud Marzban, VP of Business Development‏ at Burnside Digital (a strong proponent of agile development), “Microsoft would do well to adopt an agile approach in how they go forward. It not only accelerates the process of software development it requires fewer people, produces more solid applications and for us it has meant much faster times to market.”