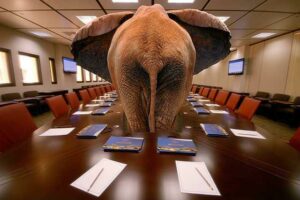 In a carefully and respectfully worded post on Apple’s Chinese website the company denied claims made on Chinese television that iPhones were a concern to national security.

The post stated that Apple ‘appreciates’ the television station’s raising the issue of its location-based features since it gave Apple the opportunity to clarify its policies.

According to Apple the techniques they use are simply intended to reduce the time the iPhones take to triangulate a users’ location via GPS by incorporating WiFi and cell tower data from secure databases, while restricting the transmission of identifying device information in the process.

In the post Apple stated, “Apple gives customers control over collection and use of location data on all our devices. Customers have to make the choice to enable Location Services, it is not a default setting. Apple does not allow any app to receive device location information without first receiving the user’s explicit consent through a simple pop-up alert. This alert is mandatory and cannot be overridden.”

And they added, “As we have stated before, Apple has never worked with any government agency from any country to create a backdoor in any of our products or services. We have also never allowed access to our servers. And we never will. It’s something we feel very strongly about.”

And then, in an effort to extinguish the flames by throwing gasoline on the fire, Bryan Wang, Forrester Research’s country manager for China, said the allegations against Apple’s location-based services were baseless since, as he pointed out, location features were all but standard around the world, across just about every smartphone platform.

That ought to make the Chinese more comfortable about their smartphones.

If you think about it for a moment the built-in GPS feature in most smartphones is one of the bright blue privacy elephants standing in the corner. Virtually every smartphone manufacturer and service provider can track where we are at any moment in time (or at least where our phones are). It is trivial for a phone manufacturer or service provider (or local police or fire department) to find out where a particular phone is. And you could speculate that location information could be used to find out if this or that politician, celebrity, company exec or anyone for that matter had visited a strip club or a crack house or, I suppose, an Al Qaeda pot-luck dinner.

So singling out Apple does seem a bit silly. Perhaps if Apple agreed to forward all GPS information about Chinese iPhones directly to the Chinese government things would go a bit smoother.

BYOD not without problems