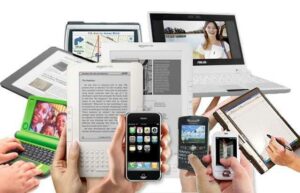 While predictions about Bring Your Own Devices (BYOD) paint a rosy future the reality is something less than expected.

According to CompTIA’s spring survey of 400 IT and business executives it turns out that depending on the size of the company, anywhere from 39 percent to 51 percent of respondents are not doing BYOD at all.

“BYOD is popular, but there are still a lot of companies at least attempting to control all mobile device deployment and management,” says Seth Robinson, director of technology analysis at CompTIA. “The number of companies not doing BYOD is a lot higher than you’d think given all the hype around the term.”

In a recent post on the CIO website, Tom Kaneshige points out that the hard truth about BYOD is that it is proving to be more a more difficult transition than people have predicted it would be.

First he talks about the myth that BYOD was supposed to get IT out of the mobile device purchasing and deployment game and save companies money. But the truth is “BYOD is riddled with hidden costs, such as expense report processing, management (including MDM software), employees gaming expenses, zombie phones attacking the mobile budget, messy conversion of phone service liability, among other issues. All tallied, BYOD might end up costing more than corporate-owned devices.”

Second, BYOD was supposed to make employees happier since they didn’t have to carry around two phones or switch back and forth between personal and company devices.

“Then the lawyers got involved. In a push to safeguard corporate data on BYOD phones and tablets, companies began drafting BYOD user policies chock full of legalese favoring a company’s right to monitor, access, review and disclose company or other data on a mobile device.

“An employee’s expectations of privacy with respect to that device fell by the wayside. Some employees who didn’t report a lost BYOD phone right away were fired for violating the draconian BYOD policy. Many employees have become wary of participating in a BYOD program, which, ironically, was originally created to make life easier for the employee.”

Third, BYOD was supposed to make employees more productive. Any workaholic will tell you that they get more work done if they are online or on the phone every waking moment, at home, in the car or at the office. But any sane person will tell you that there is such a thing as being too connected – particularly when it comes to balancing work and family. The CompTIA survey found that less than half of the companies that offer BYOD feel that it contributes to employees’ productivity.

Finally, BYOD was supposed to make life easier for IT, but when you start to consider security and compliance issues it turns out to be more of a nightmare. A recent Centrify survey found nearly half the people they surveyed had more than six third-party apps on their BYODs and more than 15 percent of them have had their personal account or password compromised.

And what happens to all that corporate data when an employee leaves the company and takes their phone or laptop with them?

As Mr. Kaneshige concluded “With so many loaded guns leveled at BYOD –myriad complexities, hidden costs, security risk, privacy concerns and so few benefits – it’s no wonder companies are balking.”

It’s a tricky situation to be sure. Yes there are benefits to BYOD but there are also a number of very real concerns. BYOD will continue to grow in the workplace, but IT is going to have to look closer at ways they can mitigate risks and optimize results. In the end BYOD might not be quite the money and time saving approach that people thought.

Apple’s iPhone 6 "phablet" delayed: so what?