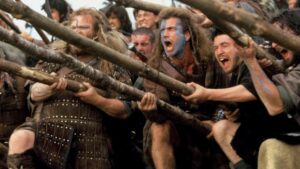 A new top-level domain for Scotland is about to kick off later today, namely the .scot domain.

It will mean that Scottish folks and businesses can show their association with their country via their website or email address, although only a small number of pioneer domains are set to actually go live today, at around noon.

According to the BBC, some 50 such pioneer sites are involved, and these will include websites for the “yes” and “no” branches of the Scottish independence referendum, NHS Scotland, and of course the Scottish government itself.

First Minister of Scotland, Alex Salmond, commented: “The time is ripe for the worldwide family of Scots to have their own domain, reflecting an online community defined by a shared commitment to Scottish identity, culture and economic promotion.”

Gavin McCutcheon, the Director of Dot Scot Registry, the non-profit organisation created to process applications for a .scot domain, told the Beeb: “Owning a .scot domain will allow people and organisations a new unique way to express their identity online. It’s a community domain intended for everybody who lives and works in Scotland – and for the 50 million people around the globe who are part of Scotland’s diaspora.”

These launch pioneer sites are the only ones which will be able to use the domain for the next two months, but after 23 September, anybody will be able to secure themselves a .scot domain.

Wales also has its .cymru and .wales domains launching in September.