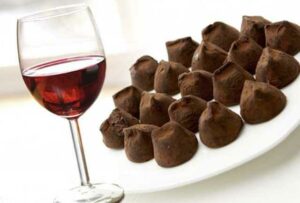 A new study from Bank of America reveals that mobile phone users would rather give up alcohol or chocolate than their mobile devices. The study also found that almost half (47 percent) of U.S. consumers admit they wouldn’t last a day without their smartphone, and many consider their devices more important than daily staples such as coffee and television.

The Bank of America Trends in Consumer Mobility Report was based on telephone surveys of 1,000 smartphone users who have savings or checking accounts with any bank (not a terribly large cross section of the population). The survey was conducted by Braun Research and included major target markets including California, Florida, Texas, Atlanta, Boston, Charlotte, Chicago and New York.

According to Marc Warshawsky, senior vice president and mobile solutions executive at Bank of America “Mobile phones have changed the way we live our daily lives, and that extends to our finances. Bank of America now has more than 15 million active mobile banking users who access their accounts on a mobile device over 165 million times per month. We’ve seen this number continue to grow and recently the number of monthly mobile banking logins surpassed online banking logins for the first time.”

Increasingly, consumers are using their mobile banking apps to perform more sophisticated transactions, such as mobile check deposit. According to the report, nearly six in 10 (58 percent) of those surveyed have used mobile check deposit, and nearly four in 10 (38 percent) use it frequently.

“Mobile check deposit has been one of the fastest growing digital services we offer,” said Warshawsky. “Customers appreciate the convenience of being able to complete their deposit anytime, anywhere and are depositing an average of 170 thousand checks via mobile device every day.”

Among the other interesting findings the survey also found that mobile connectivity is so critical, the smartphone falls below only the Internet and personal hygiene when ranked by importance to people’s daily lives. Ninety-one percent say their mobile phone is very important, just as important as their car (91 percent) and deodorant (91 percent); and significantly more important than television (76 percent) and coffee (60 percent).

Younger smartphone users are even more adamant about their smartphones ranking them more important than deodorant or toothbrushes.

Finally the report found that, “When asked what they would give up to regain access to their mobile phone, nearly four in five (79 percent) of respondents would be willing to give up alcohol or chocolate.”

It’s not surprising that smartphone banking is on the rise. It is after all simply a mobile extension of traditional desktop-based online banking.

But are smartphones more important than alcohol, deodorant, toothbrushes or chocolate? Seriously folks, get a grip on reality.

You can find the full Bank of America study here.