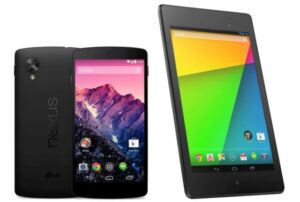 Fancy playing with the next version of Android, which hasn’t even got its codename yet? (Although it will begin with L, and may be Lollipop from what we’ve previously heard).

Well, following its I/O conference this week where Android L was unveiled, Google has made a preview version of the OS available on its developer site – for Nexus owners, that is.

To be precise, Google has pushed out 32-bit system images for the Nexus 5 phone and Nexus 7 (2013) tablet. You can download the SDK here, and the instructions for installation are here.

Be warned, though, that this isn’t for the faint hearted. While anyone can download and install the preview version, it’s really meant for Android developers (hence the name) and certainly not the general public. The installation process isn’t exactly straightforward – and you could potentially muck your phone up. In other words, if you’re not a confident handset tinkerer, don’t bother. Plus you may (or rather, will) also encounter issues with pre-release software, as ever.

Google warns: “The Android preview system image is not a stable release, and may contain errors and defects that can result in damage to your computer systems, devices, and data. The preview Android system image is not subject to the same testing as the factory OS and can cause your phone and installed services and applications to stop working.”

However, if you know what you’re doing, and you’ve got a spare Android handset kicking about, then you can certainly get a good look at what Google has coming in the pipeline.

Which is a lot – Android L offers a ton of stuff, including an overhauled UI, ART as the default runtime, better power efficiency and performance, and even new enterprise features like support for managed provisioning.