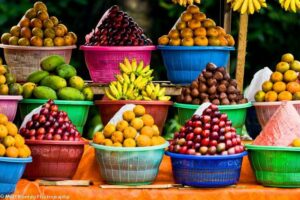 On the verge of Amazon’s expected smartphone release later today, BlackBerry and Amazon have announced that beginning with version 10.3 BlackBerry users will be able to shop for apps in Amazon’s Appstore.

The BlackBerry 10.3 OS is expected to launch sometime this fall and will give users the ability to run Android apps. Currently the BlackBerry World app store has about 130,000 apps compared to the Amazon Appstore that has over 240,000 apps and games.

In this case it’s not really about the numbers – it’s more about BlackBerry’s attempt to make the platform more appealing to consumers by offering more games, music, video and other mobile apps. The company has had difficulty attracting developers – not terribly surprising when you consider that BlackBerry has been near the bottom of everyone’s list when it comes to installed base. And the company has been focusing on business apps rather than more consumer oriented apps.

The company has consistently said it plans to focus its software application development on enterprise-focused programs. By offloading the management of on-device application marketplaces to Amazon, the company gets to do just that.

According to John Chen, BlackBerry executive chairman and CEO, “Making the Amazon Appstore available on BlackBerry 10 devices will help BlackBerry continue to meet two essential needs: greater app availability for our smartphone users and enhanced productivity solutions for enterprises. We’ve listened to our customers and have taken this important step to deliver on their needs, while executing on our strategy.”

It’s hard to say whether or not this is a sign that BlackBerry has decided to go over to the dark side and abandon its uniqueness. If that happens then BlackBerry will have to compete with the jillion other Android smartphone manufacturers based on features and price alone (no one ever accused BlackBerry of competing with anybody else based on style).

It also seems like Amazon isn’t terribly worried about BlackBerry being competition for their new smartphone offering either. Perhaps there is a closed-door reciprocal agreement between BlackBerry and Amazon where BlackBerry begins porting some of their enterprise apps to Android.

Breaking Bad in 4k glory is now available on Netflix