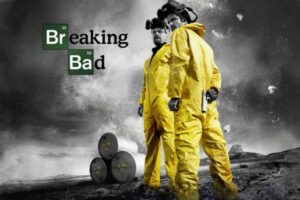 Netflix has announced that it will start streaming Breaking Bad in glorious 4K resolution.

In fact, starting this week, every episode of Breaking Bad – 62 of them in total – will be available in 4K resolution, courtesy of Sony Pictures Entertainment’s remastering of the original. The highly acclaimed and extremely gritty TV series will be viewable in all its mega-resolution glory across all Netflix territories, including the UK.

Of course, the audience for this one will be somewhat limited to those who have splashed the cash on an Ultra HD TV. Netflix noted that the series would be available on “select 4K Smart TVs”, and naturally enough, you’ll need some decent bandwidth to cope with streaming it, too.

This isn’t the first series to get the 4K treatment from Netflix. House of Cards was the show which kicked it all off, and indeed House of Cards 2 is now available on Netflix 4K. A number of films have also been added over in the US, with 4K versions of Smurfs 2, Ghostbusters, and Ghostbusters 2.

When asked on Twitter about what else was coming on 4K in the future, Joris Evers, Vice President, Head of Communications for Europe at Netflix, tweeted: “We’re slowly adding more titles, think of it as a trickle for now, not a firehose”.

Breaking Bad will certainly keep plenty of folks happy for now, though.