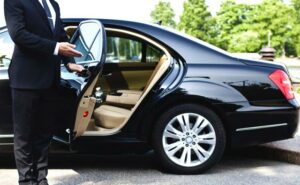 Basically, Uber is based on a business that is illegal as many regulators in many places are trying to point out to the company. However, that hasn’t stopped newly minted billionaire CEO and founder Travis Kalanick because since 2009, the company has been expanding in North America and 35 other countries with no end in sight.

If we are in the middle of a tech bubble the good news is that unlike the one in the early aughts, this one isn’t going to hurt anyone outside of the VCs, hedge funds and super-rich investors that are ponying up the cash at stratospheric valuations.

Don’t even try to argue whether it is justifiable or whether cabbie disruption technologies like Uber are unassailable. It won’t matter. There may analysts and investors who feel that the model is flawed but the money is speaking much louder than the naysayers.

Uber is a sharing-economy pioneer, enabling anybody with wheels to become a professional driver through Uber’s pick-up app. Airbnb—also a sharing-economy darling, and one that did for amateur hoteliers what Uber did for amateur cabbies—just raised $500 million at a $10 billion valuation. The problem with the sharing economy is the pesky regulations, where Aribnb and Uber face restrictions in cities like New York. Virginia told Uber drivers to stop giving rides, and the legal tangles are taking place across the world—including who is allowed to serve food, rent rooms and pick up strangers.