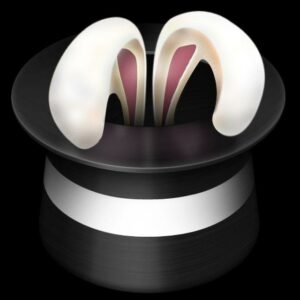 So Amazon is going to announce something on June 18. Right now, that’s about all anyone knows for sure. They have posted a teaser video on their Twitter site showing people looking at something while burbling a lot of ‘ooh’s and ‘ahh’s, and it seems like that was enough to get tech reporters around the world speculating that it is going to be some sort of 3D smartphone.

We here at TGDaily aren’t above a little rumormongering especially when it seems that anybody with even a passing interest in tech-coverage is writing stories based on other people’s stories based on rumors reported in other stories. That seems to be the current trend in technology ‘reporting’ these days. Heck, we do it too (only with more panache).

So why not a 3D smartphone? That’s as good a guess and anything I suppose. But it could also be an elaborate handheld electronic mirror with a plain old 2D display (or a mirror app built into a standard smartphone).

Or it could be a 3D image rendered on a 2D display that rotates when you change the orientation of your head in relation to the smartphone.

Or it could be an app that lets you take selfies with images of celebrities composited into the picture making it look like they’ve got their arms draped over your shoulder or planting a kiss on your cheek.

Or an app that swaps out the background of an image and lets you replace it with something else. So if you are sitting at home and make a Skype video call you could make it look like you were at the office or the beach instead. Or an app that swaps out your face and replaces it with someone else’s so you can make it appear that your Skype call is coming from someone else.

Or it could be an app that lets you see what you would look like with different hair styles or facial hair or glasses or makes you look younger or older or thinner.

If Amazon were a Japanese company those people in the teaser could easily be looking at a cute and fuzzy animated toy that imitates your facial expressions and tells time.

Then again, maybe everyone is correct and Amazon really does have a 3D smartphone up their sleeves. We’ll just have to wait another few weeks to see what they’re really doing.

Rent-a-Drone: best idea we have heard