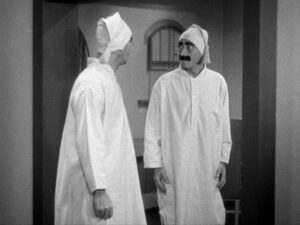 Apple announced a lot of new things at their developer conference, but it turns out that some of those things weren’t exactly new. Apple’s HealthKit idea, where you can track your health and fitness data on an iDevice and even link back to doctors, already exists. The name of this extant health tracking company? HealthKit.

Yep. There is a company in Australia called HealthKit that has been chugging along for a while now developing software to help people and their doctors track things like exercise and diet. It doesn’t sync with wearable devices yet, but there is no reason it can’t.

When the folks at HealthKit discovered that Apple had stolen their name and concept they were, needless to say, a bit miffed.

So, today was interesting. I woke up at 4:30 am and turned to my Apple iPhone to check my emails. Someone had emailed me to ask whether Apple stomped all over your name or did we do a secret deal with them. Huh?! I got up and turned on my computer and checked our web stats, and discovered we had lots of people on the HealthKit site. A good thing, you’d think. No, not really. Apple liked our HealthKit idea so much that they have used our name and launched a new product called HealthKit.

HealthKit is already in use, by us! Even the way they write it is the same as us. I’m flattered that they like our name so much and that it’s a ringing endorsement for our market opportunity (which we already knew). However, as an Apple fan, I feel let down. They didn’t feel that they had to do a quick domain search – it would have taken 5 seconds to type www.healthkit.com into their browser and discover us. Would it have made any difference to them? Are they so big that they are above doing an ordinary Google search? Let us know what you think at @healthkit (yes, it’s our Twitter handle), or you can tell Apple’s CEO exactly how you feel about this on his Twitter handle, @tim_cook.

Apple does have a considerable advantage over the Australian company since there are so many health and fitness tracking devices either in existence or on the verge of being released that already sync or plan to sync with iDevices. Apple now sees an opportunity to hitch their wagon to the back of the health and fitness wearables wagon. They can simply piggy-back on the work of others and say they were the ones who invented the concept.

Unfortunately I don’t think a little thing like stomping on someone else’s trademark is going to stop a company like Apple.

LG is serious about fitness tracking

Amazon 3D smartphone? Sure, why not?