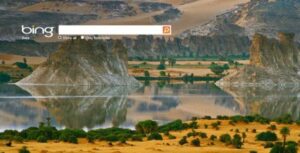 Last year, Bing took Google out of Siri. Google is still there in Safari. So, Spotlight in alignment with Siri, will offer a range of functionality that includes Bing web searches. But, among the web searches on offer, ironically, Spotlight also launches Safari, unless it is not your default browser on a Mac.

Safari uses Google for its searches as the defalt search engine in Safari. But, the most likely scenario is that Apple is looking to brand Siri as its own search engine, and probably needs to start distancing itself from Google.

Ultimately, Apple has no choice but to recognize that Google, with both search and Android, is encroaching on Apple’s markets and its market share. Siri like searching may be Apple’s best hope of maintaining a differentiation in that regard. Most of WWDC seems to be an indication that Apple is recognizing the challenges being made to its position. The moves are pragmatic. Not something Steve Jobs may have wanted to acknowledge, but Apple isn’t the plucky upstart taking on IBM and then Microsoft. Apple is the target for the plucky upstarts of today.

It looks like Bing has gained another win with Apple, becoming integrated into a new version of Spotlight in Apple’s forthcoming Mac OS X “Yosemite” operating system. Spotlight will also tap into a wide-range of search resources similar to how Siri works on iOS. During Apple’s WWDC keynote today, the company shared how a revised version of Spotlight will allow typing on the desktop (rather than clicking on small magnifying glass in the menu bar) in order to search your computer for apps and documents. Beyond that, Spotlight is gaining search smarts that will allow it to display results from Apple Maps, Wikipedia, movie showtimes, Bing web searches and other sources.

Google to encircle the globe with satellites, balloons and drones

Facebook brings Pryte to the ‘Internet for everyone’ party