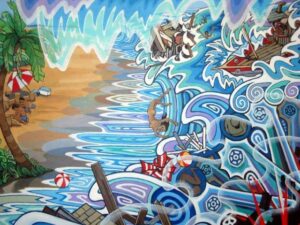 It’s inevitable. Just about every company you can think of is coming out with some sort of wearable tech and most of them seem to have some sort of health-related functionality.

According to Jupiter Research the wearable market is expected to reach $19 billion in sales by 2018 and just about every other research firm is predicting similar growth. Tech companies from every quarter seem to be thinking along similar lines.

Samsung has been shipping their Gear Fit watch for some time now and earlier this week they announced their Simband open-platform, hardware reference design that can monitor all sorts of things and includes things like a photoplethysmogram (PPG) sensor, electrocardiogram (ECG) sensor, galvanic skin response (GSR) sensor and a bunch of other sensors.

Today Acer announced that they too will be coming out with a wristwatch-like device that will measure heart rate, distance walked and things like that. Microsoft is talking about a watch that will monitor heart rates and probably more. Google too announced plans for Android Wear Moto 360 slated to appear later this year. Casio (probably the originator of the smart digital watch) already has their STB-1000 watch.

And there is the Basis Carbon Steel Edition, the Fitbug Orb, the Misfit Shine, the Jawbone Up24, the TomTom Runner Cardio, the Magellan Echo, the Fitbit Zip, the Garmin Vivofit, the Moov, the Huawei TalkBand B1and there is even a Leapfrog LeapBand for kids.

Curiously, Apple is considered to be one of the companies at the forefront of wearable health tech even though they don’t actually have a product (iWatch?) and the only information they are providing about their plans is ‘no comment.’ But that hasn’t stopped the Apple faithful and tech reporters from lauding their non-existent device.

But a new study from research firm Endeavour Partners found that one-third of American consumers who bought a wearable product stopped using it within six months. That number goes to 50 percent for activity trackers, despite the fact that 1 in 10 U.S. adults already owns one.

So is this just a passing fad or the beginning of a new future? We mentioned that Casio is trying to cash in on this new trend but some of us with a few extra years under our belts remember when they came out with the first calculator watches – which were clunky and geeky and quickly disappeared off the face of the earth. But it is also possible that this could be just the first, awkward steps toward light, fashionable, wearable accessories that just happen to tell time, make phone calls, play music, keep track of where we are, unlock our cars, control our homes and drones, pay for our cappuccinos and oh yea, also monitor our heart rate and galvanic skin response.

[Painting above by John Van Ness]