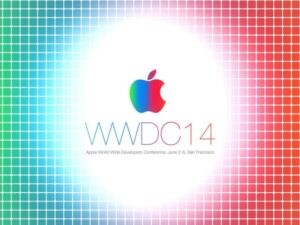 With the kick-off of Apple’s Worldwide Developers Conference (WWDC) just hours away, a series of leaked images appears to show some of the changes that will be introduced with OS X 10.10.

The pictures were originally posted on social news website Reddit, but since then a number of sources have claimed that the images are likely to be genuine.

While the images show little in the way of dramatic changes to the current layout, they display revamps to the Dock, Notification Centre and Spotlight Search, an altered Safari web browser and an iOS-like Control Centre.

The new operating system, which is rumoured to be called OS X 10.10 Yosemite, has had a major visual redesign by Apple’s senior vice president of design Jony Ive, but the leaked images do appear to have been taken two months ago, meaning the OS could have undergone significant changes since then.

The new control centre will be of particular interest to those anticipating closer integration with the company’s mobile platform.

With the company’s keynote speech utilized as an opportunity to reveal the latest developments and product launches, it is likely that the event will see the official launch of the new operating system, and it is a distinct possibility that it will be available for download shortly afterwards.

“The reason OS X has a different interface than iOS isn’t because one came after the other or because this one’s old and this one’s new,” Apple’s head of software, Craig Federighi, said. “Instead, it’s because using a mouse and keyboard just isn’t the same as tapping with your finger.”

So while the latest batch of leaks and rumors suggests that the newest Mac operating system will move closer to Apple’s mobile software, it seems that the company looks set to carry on treating them as independent platforms.

If you haven’t already, check out ITProPortal’s live coverage of the WWDC 2014 opening keynote.