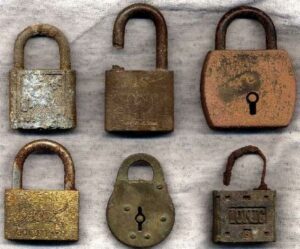 BlackBerry first announced the service this past February at the Mobile World Congress but the new videos, featuring Jeff Gadway, head of product marketing for BBM, give more hints about the new service.

The service will remind users that they’re engaged in a protected chat by using a blue typeface instead of black and/or displaying a special icon on the screen.

While BlackBerry has not officially announced when the BBM Protected service will become available, CrackBerry.com believes the service may find its way onto devices running BlackBerry OS 6 or higher as soon as next month, with Android and iOS versions coming by the end of the year.

This is yet another example of manufacturers and developers jumping on the security paranoia bandwagon. Oh. Wait a minute. If people really are spying on you then I guess it isn’t paranoia – it’s more like a realistic concern about an actual danger. Either way, it’s probably a good thing that the private sector is taking it upon themselves to diminish the ability of cyber criminals, police forces and governments to pry into our private affairs. We’re certainly not going to get our privacy back through legislation – heck it was legislation that created institutions like the NSA in the first place.

Google to Tango with tablets