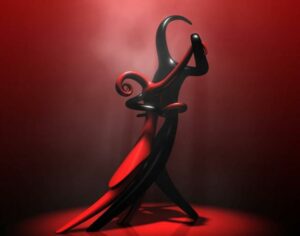 Sources close to the search engine mega corp. say that Google will be releasing a 7” Tango-enabled tablet in the next month or two. Project Tango is an Android platform for mobile devices designed to track 3D motion and objects, creating a map of the environment in real-time.

Project Tango is part of Google’s Advanced Technology and Projects (ATAP) group and they’ve already released a smartphone version of the 3D technology back in February. The 5-inch smartphone was equipped with a 4MP camera, two computer vision processors, integrated depth sensing and a motion-tracking camera.

The tablet will feature similar tech and if the rumors are correct it will have two back cameras, infrared sensors capable of registering depth of field and advanced software that will capture three-dimensional data in order to build a 3D image of the space around the user.

Theoretically, 4,000 prototypes of the tablet might be released just ahead Google’s I/O developer conference in June. As with their Google Glass wearable tech toy, the tablet will only be made available to a few developers and select Googlers before any official release so that the geeks and gawkers get a chance to fiddle with the things for a while (and hopefully come up with some good reasons to own one).

Some have suggested that the tablet could be used as an aid for the visually impaired making it easier for them to navigate spaces without bumping into things. Others have posited the 3D trick could add a new dimension to games (sorry, I couldn’t help myself). Still others believe the device could be used for…um…well, to be honest, none of the stories posted about the tablet so far have come up with any other ideas about what one would do with this technology.

I don’t know. The screenshots look pretty cool and there must be something useful you could do with it. Maybe, if they can really tweak the infrared sensors you could follow someone’s footprints based on the residual heat left behind. Or maybe you could scan a security keypad to see what codes someone just entered. Or leave the tablet running on a table and use it as an intruder alarm. Or have it track the meanderings of your pet as it wanders through the house (although I’m not sure why you would want to do that).

Or maybe this is just a tool to bring an even more granular view to Google Maps that will show us 3D maps of the insides of buildings and people’s houses.