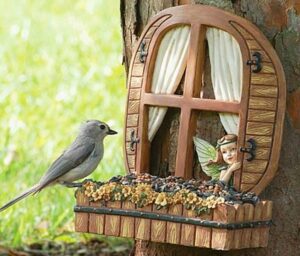 Apple has filed for a patent outlining a system that could automatically activate tiny shutters built into future iPhones (or other devices). If the iPhone detects sudden movements, such as being dropped, or unusually high noise levels it would close the shutters and thereby protect sensitive electronics from the outside world.

The system described would be used to protect things like cameras, microphones or speakers (not the entire screen).

Appleinsider broke the story this morning on their website.

“As the state of smartphone technology advances, so do the internal components being used in their construction, including increasingly sensitive — and increasingly small — electronics like acoustic sensors and emitters. While mesh grilles and foam were sufficient in protecting previous generations of devices, future smartphones may require more active measures.

“Apple’s filing for “Active protection for acoustic device” describes a mechanical system that takes input from motion sensors, as well as other internal measurement devices, to actuate a shutter or valve that closes off an acoustic component’s passage. Once closed, the sensitive acoustic device is protected from sudden changes in pressure, air bursts and acoustic shock, among other threats.”

It seems like an interesting approach to protecting at least a few bits of tech but hopefully they won’t stop there. If you drop your iPhone and it hits the ground with enough force to damage the microphone or camera lens then it probably means your iPhone is toast anyway. Save the microphone lose the phone. I’m not sure that makes sense.

Also, if the iPhone is exposed to a loud enough blast of sound to damage it’s little microphone or speakers then I wonder what’s going to happen to the user’s eardrums at the same time. But after years of exposing teens to damaging volumes when they crank up their iPods it’s pretty apparent that Apple doesn’t really care all that much about people’s hearing.

(I can foresee a time when retirement homes will be filled with aging iPod fanatics and former gang-bangers all yelling at each other ‘What? What? I didn’t catch that! What did you say?’)

Now if the system could protect the camera lens from accidental scratches by remaining closed all the time and only open up when you activate the camera app that makes more sense. But like I said, at least it’s a start.

Stolen eBay data up for sale – but is it really from eBay?