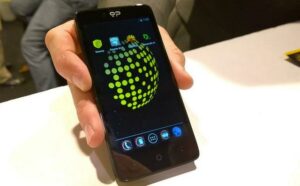 This morning Silent Circle announced that it has raised enough money from private investors to proceed with plans to release Blackphone, a security-centric smartphone with built-in encryption.

Silent Circle says there has been “overwhelming demand” for the Blackphone particularly in the wake of NSA surveillance revelations. Silent Circle is promising that the Blackphone will keep all of a user’s data secure and will come with $700 worth of security features.

The company also said that they would be using some of their $30 million funding money to develop encrypted mobile services on other iOS and Android devices.

I suppose it was inevitable that once the world found out that our governments were spying on pretty much everybody there would be some among us who would start to get a bit nervous. And you don’t have to be a terrorist to want some privacy.

Apparently there are a lot of people out there who are worried about others eavesdropping on their conversations, snooping on their emails or peeking at their pictures and videos.

“With a customer base including consumers in over 130 countries, 23 of the global Fortune 50 enterprises and governments from 11 nations – we now have the resources to meet the demand for our encrypted mobile voice, video, secure file transfer and international secure calling plans – all available for iOS and Android,” said Janke.

It’s going to be interesting to see what happens in the security space in the coming months and years. Already apps and services are popping up left and right that offer encryption or other forms of security for everything from phone calls to text messages to social media.

I don’t think all of these vendors are going to have bullet-proof solutions (we’ve already seen breaches in some high-profile security systems) however, I do think that the sheer number and diversity of these systems will make it increasingly difficult for anyone to spy on everyone. Even the NSA will have trouble decoding hundreds of different algorithms. And companies all over the world are coming out with new techniques so quickly that it will be nearly impossible to force everyone to include back doors or supply decryption code to every government.

It’s nice to see that the tech sector is organically diminishing the power of big brother to snoop on us.