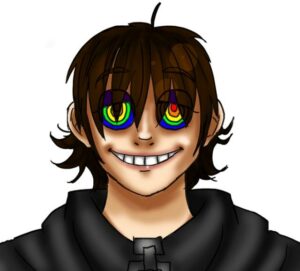 Apparently the FBI is mulling over the idea that they might have to start hiring hackers who smoke pot to help them in their efforts to fight cyber criminals.

While the FBI’s current policy prohibits hiring anyone who has used cannabis in the past three years, FBI Director James Comey has acknowledged that this is complicating its efforts to recruit hacking experts.

The Wall Street Journal reported that Comey said, “I have to hire a great workforce to compete with those cybercriminals, and some of those kids want to smoke weed on the way to the interview.” He made the statement at the White Collar Crime Institute’s annual conference in New York.

The paper also said that when one attendee asked how a cannabis-using friend interested in working for the bureau should now act, Mr Comey replied, “He should go ahead and apply.”

In an interview with the BBC, Dr Richard Clayton, from the University of Cambridge’s Computer Laboratory said, “The sort of hackers that you want to hire tend to be young, the young tend to have bad habits such as smoking marijuana, and over time you’d expect them to do this less.

“But equally, I believe the FBI and the National Cyber Crime Unit have more problem recruiting people because of the salaries they pay, which compare poorly with the salaries available in the private industry.”

With the growing number of states decriminalizing marijuana perhaps it is time for the FBI and other government agencies to start letting down their hair a bit when it comes to hiring people who take a toke or two. Even Washington D.C. has legislation in the works to end arrests for marijuana possession in the nation’s capital. The bill will remove all criminal penalties for possession of up to an ounce of marijuana and replace them with a civil fine of $25. Police will also no longer have grounds to search individuals simply based on the smell of marijuana.

I think it’s probably safe to assume that it isn’t the pot that is making these potential cyber defenders good at what they do. Any programmer will tell you that coding while high is a bad idea – it’s tough enough to keep track of everything without clouding your brain with drugs.

Of course when you look into the cause of the Heartbleed fiasco, you have to wonder if the coder who made that mistake wasn’t a bit high when they accidentally let a duplicate line of code slip through and effectively rendered the OpenSSL cryptographic software library useless.