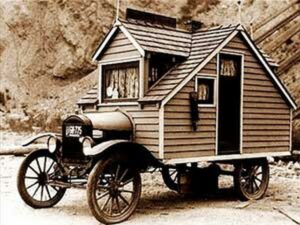 Last December the Securities and Exchange Commission asked Google, Facebook,  Twitter and others to disclose ad revenues generated from mobile devices. In a letter just released yesterday, Google replied that it doesn’t make sense to break out mobile ad revenues since the definition of mobile is evolving.

“Our expectation is that users will be using our services and viewing our ads on an increasingly wide diversity of devices in the future,” the company said in the filing.

Google also said that it could be serving ads and other content on “refrigerators, car dashboards, thermostats, glasses, and watches, to name just a few possibilities.”

Google has been signing deals with car companies such as Honda, Audi, GM and Hyundai to include Android in future vehicles, which makes sense if you consider their map app is probably the best one out there. They also recently bought Nest Labs, a startup known for smart thermostats and smoke detectors. A few months ago the company announced a new version of its operating system that is coming to wearable devices like smartwatches. And everyone on earth has heard about Google Glass.

And I wouldn’t be a bit surprised to hear that there are dozens of other ‘smart’ devices coming along that will be using ARM processors running Android. (Although that could imply that Google has hooks in Android that would let them serve ads to any Android-powered device.)

On one hand I agree with Google that the definition of mobile is evolving. Or perhaps we are straining the word mobile to encompass too many things. Just because a device has the ability to communicate with other devices doesn’t necessarily mean it’s mobile, it’s just ‘smarter’ than a device that can’t.

On the other hand, I think it’s perfectly reasonable for the SEC to ask Google and others to at least try and break out their various revenue streams in reports to their investors.

Maybe they should call it Ad-droid.