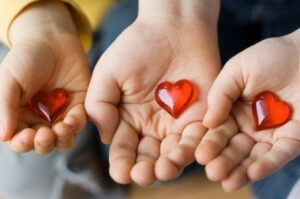 According to a story in the Korea Times this morning Apple and Samsung have started talking about settling some of their patent disputes out of court. Last week Apple and Motorola announced that they have reached a settlement arrangement regarding their patent lawsuits. Could it be that clearer heads have finally prevailed?

It has been a bit like watching a slow motion sporting event over the past dozen years or so. Apple sues Samsung, Samsung sues Apple, Motorola sues Apple, Apple counter sues, etc. And whatever the courts decide in one case gets overturned in another. Damages are levied then appealed and then re-adjusted. And the whole time all these courtroom antics are going on the companies license each other’s patents and manufacture components for each other like they were best buddies.

So what the heck happened over the past few weeks that could bring these arch ‘frienemies’ to the negotiating tables? Did someone wake up and say to themselves, ‘you know, all these lawsuits are just plain silly! We’re all adults. Shouldn’t we be able to work things out in a more civilized manner?’

Or maybe somebody took a second look at the amount of money they were spending on legal fees and realized that it was costing them more to keep armies of lawyers occupied than they were ever going to recoup in damages.

Another possibility is the fact that legal systems are painfully slow compared to the speed of technology and that by the time one company gets a court to decide in their favor over one bit of tech the other company has already moved on. So by the time a court orders one company to pull a given smartphone off the shelves that model has already been discontinued.

I can’t believe these three behemoths are just growing tired of suing each other or that they just want to get back to making better smartphones and tablets.

Perhaps they each had a Scrooge moment where the spirit of innovation, the spirit of good will, and the spirit of cooperation visited each of them in dreams. And now that it is morning Apple, Motorola and Samsung are throwing open their windows to shout ‘what day is it?’

Now according to the rumors out of Korea just because Apple and Samsung have agreed to try and talk things out doesn’t mean they are working on any new licensing deals (or that anything will come out of the talks at all). But peace talks and negotiations always begin the same way.

At least they’re acting like grown ups for a change.

AT&T’s bid for DirecTV puzzles a lot of us