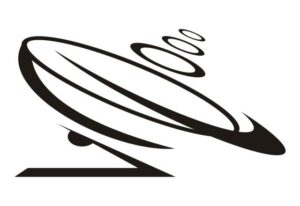 This past weekend AT&T announced that they are going ahead with plans to buy satellite TV company DirecTV for $48.5 billion. The deal isn’t going to happen overnight, but already people are beginning to wonder if this is a good thing for either company.

DirecTV sales have been in a slump over the past few years, primarily because they can only offer customers a one-way street (essentially, they can send you content but you can’t send anything back). If you wanted to connect to the Internet you had to do it through one of DirecTV’s partners and that could be an iffy proposition. In many locations DirecTV didn’t have any broadband partners and in a lot of areas the only connections available were DSL – hardly competition for cable broadband.

And even DirecTV has stated that managing all those partner relationships has been something of a nightmare for them and actually costs them time and money.

A number of analysts have also pointed out that even though DirecTV uses high-tech satellites to beam their signals around the country, they aren’t exactly cutting edge when it comes to innovation and they don’t have a giant patent portfolio (that I know of anyway).

However, DirecTV does have a few things going for it like 195 high-definition channels and their NFL Sunday Ticket offering. In a statement today representatives of AT&T said part of the reason they want to buy DirecTV is because of their content. I’m not sure if those things alone are worth $48.5 billion but maybe they are.

While AT&T doesn’t have it’s own content it does have a heck of a lot of infrastructure and lots of wires. The problem is that wires are old technology and there just isn’t any way to improve the bandwidth over POTS (plain old telephone service) without adding more wires or changing to a different type of wire like coaxial cable or fiber-optic. So we’re back to DSL again.

Granted, it would be simpler for DirecTV if they only had to deal with one company in order to provide Internet service to their customers and AT&T probably has a lot more reach when it comes to DSL, but again, it’s still just DSL.

I’m not sure if that’s going to be enough to spark sales again. Of course, they might gain new subscribers if people get frustrated enough with Comcast/Time Warner.

But maybe AT&T has something else up their sleeves that we don’t know about yet. Maybe there’s a way to tie satellite, mobile, and wires all together to create a different type of communications network that can overcome some of the obstacles the two companies face as separate entities. Or maybe this is just the first step in AT&T’s plan for world domination.