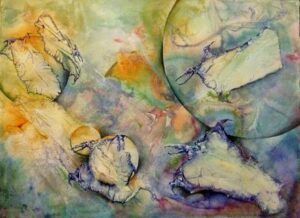 Earlier today the bring-your-own-device (BYOD) software company Divide announced that they were being acquired by Google. The company creates apps for iOS and Android devices that make it easier for companies to manage the integration of employee’s personal devices into the business space.

No details of the acquisition were announced although the company said that its members would be joining Google’s Android team.

Google already has products and services geared toward corporate integration. Gmail, Drive and Hangouts can already be customized with unique domain names but with the acquisition of Divide, Google could be eyeing integration with other business apps.

Now we all know how friendly Google and Apple are (not) and given the fact that Divide already said they will be joining the Android team – not the Android/iOS team – you have to wonder what’s going to happen to the folks who want to bring their iPads or iPhones to work.

Of course, if Apple and Microsoft can kiss and make up over MS Office, and, as it was reported this morning, Apple and Samsung might actually be thinking of ending their patent wars, then I suppose anything is possible.

And maybe this is just another case of buying your competition.

I think, however, that this deal is just another sign of what seems to be the inevitable – Google is going to take over the world eventually.

Now it is a search engine company (Google) and a social media company (Facebook) who are vying for world domination.

How did we get from worrying about a phone company controlling our lives to worrying about a search engine and a social media site controlling our lives? Perhaps it is because all of these would-be mega-monsters all fed upon our wishes, desires and needs? We wanted to communicate, we wanted to do our jobs faster and better, we want to find things and we want to interact with each other. So I suppose you could say we create our own monsters. Google just happens to be one of the more recent of them.

Everybody needs a spectrometer, right?