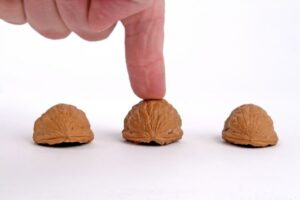 SweetLabs has announced a new App Install Platform (AIP) designed to allow mobile device manufacturers the same opportunity to cash in on app recommendations that other providers such as Facebook and Twitter already have and thereby increasing their per-device revenue.

The SweetLabs’ AIP is designed to give mobile device manufacturer’s the ability to customize what apps pre-load on their devices, so that the first-boot process can be tailored to device type, location, etc. Apps could be switched out based on install rates, lifetime revenue, latest versions and so forth.

Aside from the first boot cycle, AIP lets OEMs recommend apps through different “touch points” during the normal life of a device. This increases the ability of OEMs to realize more revenue from a device than merely at sale and at first boot.

AIP also comes with built-in analytics, so that OEMs can track the performance of their app recommendation mix and change out what apps are doing well and which apps are flagging. App recommendations could be changed to reflect different regional preferences or tailored to compliment other apps the user may have already downloaded.

If SweetLabs’s AIP can help OEMs better tailor pre-loaded apps and subsequent app recommendations, it could cut down some of the bloat that new devices currently experience.

SweetLabs will charge for AIP on a SaaS basis. AIP should ship on devices by the end of the year, according to the company.

This sounds like a pretty good deal for OEMs. Finally they can have their own app analytics and the ability to generate revenue from devices even after the initial sale. That alone is an appealing prospect particularly if it means being able to offset some of the manufacturing costs. And if OEMs are finally able to get a larger slice of the lucrative app sales market I’m sure they wouldn’t mind.

Google Translate will soon be able to read signs

AT&T’s bid for DirecTV puzzles a lot of us