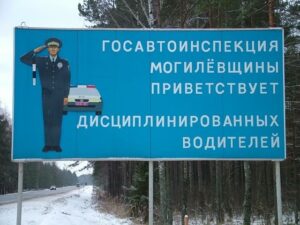 Quest Visual just announced that it is joining Google and will be incorporating its sign-reading technology into Google Translate ‘sometime in the future.’

The Quest Visual app has been available on iOS, Android and even Google Glass. It uses the smartphone’s (or Glass’) camera to ‘read’ printed words and translate them from one language to another in real time, without needing a network connection. It’s meant to be used while you are traveling and is primarily intended to translate things like street signs and menus.

The app supports a variety of languages including Spanish, French, German, Italian and Russian. The company said that both the app and the various language packs will be free to download for a limited time while Quest Visual transitions to Google.

No financial terms of the deal have been released yet.

Google already has some image recognition technology that can read text and translate it, but the purchase of Quest Visual may mean more targeted or enhanced applications somewhere down the line.

Translation apps are pretty cool – almost magical the first time you use them (assuming you can get them to work properly). Of course, there is an awful lot of room for error, particularly when trying to translate colloquialisms, slang or concepts that simply don’t have corollaries in other languages.

I also think the sign-reading capabilities would be particularly useful if they could include other languages that don’t use the English alphabet – like Arabic, Hebrew, Kanji, Hiragana, Katakana, Hanjo and others (alphabets that us westerners couldn’t even type in or sound out loud).

Because technology has advanced incrementally over the years it is sometimes hard to step back and realize how amazing some of this stuff really is. If you went back in time, say twenty years or more, pulled out your smartphone and started translating a dozen different foreign languages, people would think you were a genius. If you went back three hundred years or so, they would think you were a witch.