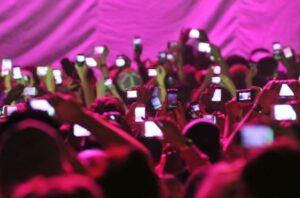 According to Mobli’s founder and CEO Moshe Hogeg the new video-streaming feature of the app will set Mobli apart from other photo-sharing apps like Instagram and Vine.

“Standalone live streaming apps like Quik were boring,” CEO Moshe Hogeg. “It’s the combination of being able to post pictures, video AND do live streaming—the integration—that we think users will be attracted to.”

The new version of the free app is available in the iTunes App Store and the new version will be available soon in the Google Play shop. Mobli is also available for Windows Phone, but a video broadcasting update has not been announced yet.

Streaming live video from your smartphone sounds like a pretty cool thing. I’m sure that everyone’s first thought is streaming video from concerts and other events. And there are the other more personal events like birthdays, parties, vacations and such. But I’m sure that as the app gains popularity we’re going to start seeing some pretty amazing stuff (how about some live feeds from Eastern Ukraine?)

Although it’s hard to tell the difference these days between live and recorded footage (although it doesn’t really make that much difference I suppose).

Anyway, we’ll have to wait and see if adding live video streaming will catapult Mobli into the spotlight – at least for a short time.