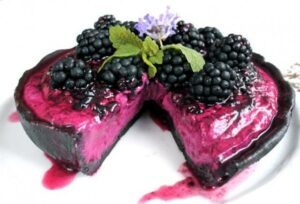 BlackBerry has announced that they are launching a new inexpensive smartphone in Indonesia. Dubbed the Z3 (Jakarta Edition) BlackBerry is hoping the new phone will help keep the company afloat just a bit longer.

The Z3 is slated for release in six other second- (or even third-) tier markets after Indonesia including Malaysia, the Philippines, Vietnam and India. This is the first new BlackBerry phone since chief executive John Chen took the helm of the struggling company in November. The phone will be available for purchase starting Thursday and will cost $190 USD.

Even though BlackBerry has had a strong following in Indonesia, according to IDC, sales have plummeted from about 40% in 2011 to around 5% in the fourth quarter of 2013. The drop in sales is attributed to fierce competition from Samsung, Apple and other makers of inexpensive Android devices. It’s been the same story for BlackBerry all over the world.

At the Jakarta launch, CEO Chen said the company aimed to “re-pivot to make very sure that our customers are taken care of.” (I’m not entirely sure what that means, but, hey, he’s the boss.)

The Jakarta Edition’s BBM messaging service comes loaded with pictures of local cartoon characters for users to send to one another. There is also a limited edition with the inscription “Jakarta” on the back.

Cartoons? Of course! Why didn’t they think of that earlier? If technology, marketing or management shake-ups can’t save the flagging company then maybe superheroes can.

Gone are the days of ‘CrackBerry’ addiction. Unfortunately, the once proud phone company sat on their mini-keyboard laurels a few years too many and the smartphone world passed them by. The devices gradually lost their luster as touch screens took over. At least the new Z3 doesn’t have dozens of tiny physical keys anymore.

European court to Google: People have a right to be forgotten

Let’s muddy up this net neutrality issue a bit more