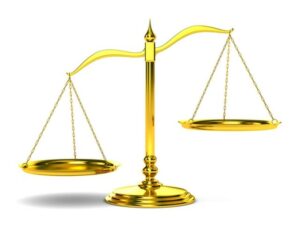 Last week Cogent CEO Dave Schaeffer testified in front of a House Judiciary Committee hearing on Comcast’s planned acquisition of Time Warner Cable and he said that Comcast is the one who should be paying for connectivity not the other way round.

“Comcast does not operate a global network. In fact, it should be buying connectivity to the global Internet but has used its market scale and scope to extract an unusual concession,” Schaeffer said referring to Comcast’s recent extortion…er…I meant deal forcing NetFlix to pay for bandwidth.

Shaeffer told members of Congress. “It [Comcast] wanted free connectivity, peering to the Internet, even though it didn’t operate a global network. It didn’t carry its fair load. Because it represented so many customers, backbone operators like Cogent and others agreed to peer with them. That wasn’t good enough for Comcast. As Comcast’s market power continued to increase and consumers had less choice, they actually started demanding payments for connectivity. A larger Comcast will be able to demand even greater payments.”

According to economist Gregory Rose’s 2011 analysis of a peering dispute between Comcast and Level 3 while Comcast doesn’t buy transit from Cogent, it does purchase IP transit service from Tata Communications “in order to reach networks with which it does not have peering arrangements.” And Internap network architecture manager Adam Rothschild said in a blog post, “Comcast runs its ports to Tata at capacity, deliberately, as a means of degrading connectivity to networks which won’t peer with them or pay them money.”

Comcast fired back with a statement that read, “For years, Cogent has been embroiled in disputes around the globe, from France, to Sweden, to China and here in the US with multiple providers. The company has a history of taking advantage of agreements and attempting to cry foul. This is no different from the business disputes they’ve had with ISPs and others for over a decade. Comcast has always been willing to enter into industry standard and commercially reasonable agreements with Cogent and similarly situated companies.”

I don’t know for sure but if you ever had to deal with Comcast directly (or indirectly) you know that getting a straight answer is next to impossible. You can call them a dozen times and get a dozen different answers. Their customer service is a nightmare and I think that comes from a long-standing corporate culture of ‘tell them anything to get them off the phone, and then just go on to the next irate call.’

Sorry, I just don’t trust them.

BlackBerry not dead yet