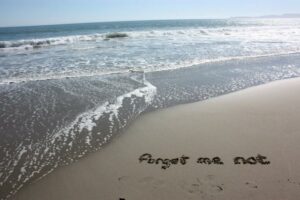 Today, the Luxembour-based Court of Justice ruled in favor of Mario Costeja Gonzalez against Google. Gonzalez was fighting the search giant because of search results about him that showed an auction held in 1998 relating to past financial problems that he experienced at the time. With his life in order and the time long gone, Gonzalez argued that his reputation was being damaged by the appearance of links to the old autction news when someone Googled him.

There are 3 game changing issues here, in no particular order of importance:

1. Google cannot be shielded from European law just because it claims to have servers in California. In other words, US companies cannot argue that their business is elsewhere even as they continue to the serve a local constituency. Google had argued that it only has a small sales office in Spain and is, therefore, not subject to the jurisdication of local courts. The EU says, nope, it doesn’t matter where your technology is as long as it is reaching a European audience it has the jurisdiction to demand conformity to local laws. Google may rue the day it decided to fight Gonzalez in court on this one because if they hadn’t, we wouldn’t be having this discussion.

2. Users can, depending on their circumstances and the public’s perceived right to know, demand that Google remove similar links. Shenanigans at college, comments that were made indiscreetly years ago, and anything that might be deemed irrelevant or harmful. The original data remains on the web but the links in search get removed. And it just won’t be Google. This will apply to Facebook and other social media sites, and it really puts a dampner on sites that store your data for eons because they can.

3. The repercussions logistically are horrendous for Google. There are an awful lot of searches, an awful lot of people and, potentially, an vast number of links that may need to be forgotten. Sure, the content doesn’t get erased wherever it resides but it can’t be referenced by Google. Whereas Google used to be able to just divorce itself from its results, find tuning algorithms every now and then, now it must comply with specific requests, possibly even through someone sort of automated process.

Of course, you could argue that there is an upside. We all have a history but that doesn’t mean that what you did ten years ago is relevant to you today. No matter what a Google algorithm says. This ruling allows individuals to fight for context and fairness in that regard.

But, it is such a gigantic change from the way things are done right now that it is going to be interesting to see how users react and wether, ultimately, Google ends up paying a very, very heavy price for taking on Mario Costeja Gonzalez.

Safe to say that where goes Google goes the rest of the Internet.

Smartphones are stressing out the Brits

BlackBerry not dead yet