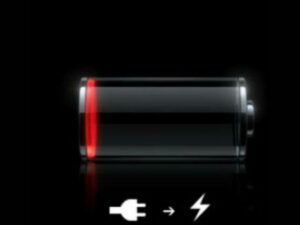 Not only have mobile phones made half of Britons less likely to remember more than 3 telephone numbers, but 92% of them would be in a right tizzy if the battery ran out.

According to The Daily Telegraph, a survey 872 Britons found 4 out of every 5 people claim that a dead phone battery has “led to a bad experience:

The study, carried out by smartphone case maker mophie, said almost half of those surveyed would only be able to remember three phone numbers at best if their mobile phone battery ran out.

For 59 per cent of those surveyed, not being able to make or receive a call was the biggest problem with a dead phone.

The most interesting finding, apart from the fact that we are just as addicted to mobile as we thought we were, is that the Brits chose their phone as the second most desired thing after water during a natural disaster. Ahead of food and television.

Experts suggest you have unplugged time periods set aside to de-connect, and that you refuse to take your phone to bed with you.

European court to Google: People have a right to be forgotten