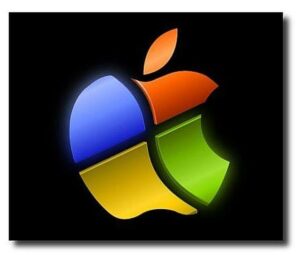 According to Julia White, general manager of Microsoft’s Office Division, the Office for iPad app has been downloaded about 27 million times. Apparently Apple users do actually want to do more with their devices than just play music or paint pretty pictures.

Many Apple-centric websites are taking the smug approach to this news. Because Ms. White was holding an iPad when she made her keynote address at the TechEd conference in Houston this week many Apple-follower sites ran headlines like ‘Microsoft continues to use Apple products to demonstrate their software.’

I tend to think it’s the other way around. The apparent demand for Microsoft products running on Apple devices is a clear statement that even though Apple software developers have had decades to work on developing their own versions of MS Office apps they clearly couldn’t come up with anything that could compete. And the moment MS Office was available millions of Apple users dumped their native apps in favor of those from an arch rival.

Now you could say that all 27 million of those Apple users who downloaded Office for iPad were forced to do it begrudgingly because Office is so widely used in business and they had no choice.

I believe the real reason Office for iPad is so successful (apart from the fact that native iPad apps don’t hold a candle to MS Office apps) is simple: even Apple users want to do real work occasionally. And contrary to the adds they want to do more than paint pretty pictures, edit home videos, listen to music, watch movies and play games.

They actually want to write things (more than just Facebook posts and grocery lists). They want to twiddle spreadsheets. They want to do presentations.

Hey people, there is nothing wrong with productivity software. Just because you have a real spreadsheet running on your iPad doesn’t mean you have to hide your screen when someone walks past or run the risk of being not cool. And you don’t really have to prove that it is actually possible to write a book using an iPad text editor (yes, I know it’s possible, I just couldn’t put up with all the crap you would have to slog through in order to do it). And it’s okay if you want to use a version of PowerPoint to put together a presentation (that’s what it was designed to do and based on the number of people who have used it over the years it does it reasonably well).

So take advantage of a good thing when it rolls around, even if it does come from Redmond.

Smartphones are stressing out the Brits