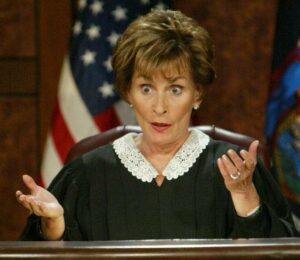 A US appeals court today decided that Oracle Corp. can try yet again to sue Google Inc. based on the idea that Google copied bits of the Java programming language to develop the Android operating system. Oracle is looking for over a billion dollars in damages.

Like just about all multi-billion dollar patent lawsuits between tech giants, the case is a bit complicated but basically Oracle is claiming that Google was in a rush to finish the Android OS and ‘borrowed’ a few bits of Java code rather than taking the time to write their own versions of those bits.

Google, however claims that those bits were essentially public domain since Sun, the original creators of Java, said Java was an open source language and anyone could use it for free.

Well, sort of free anyway. Sun also added the caveat that users of Java would have to pay a license fee if they wanted to sell products containing Java code. Sun spent a lot of time and effort trying to make Java a ‘free’ standard. They even tried to make Java an ISO certified standard (although they still wanted to control it).

But that was years ago and by the time Oracle bought Sun in 2009 for $7.4 billion the Java horse had pretty much already left the barn. No matter. A year later, in 2010 Oracle sued Google claiming that Google beat them to the punch and if it hadn’t been for those sneaky Google programmers we’d all be using smartphones with some sort of Oracle operating system.

Can you imagine what an Oracle phone would look like? Hey, Android may not be the ultimate smartphone OS but I seriously doubt Oracle could come up with anything close (and it certainly wouldn’t be user friendly). The other glitch in that thinking is that even with Java Oracle would have either had to license a few hundred other patents (or infringe on them) or face being sued by…well, just about everybody.

I’m beginning to think that all these companies aught to just set up a pool of money in some escrow account and every time one of them wins a lawsuit against another company they get a chit saying they are owed that amount from the pool. Then, a few months later, when they loose a lawsuit they can use that chit to pay the damages.

I’m pretty sure these lawsuits aren’t helping anyone (except the lawyers, of course). There are so many patents involved in all of our devices that A pays B for this bit and B pays C for that bit and C pays A for another bit. Everyone is already paying each other for something and the only thing that lawsuits do is raise the price for licenses and that means higher costs for users.