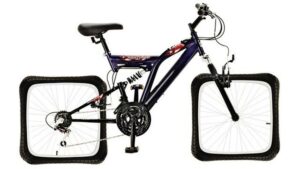 There has been a bit of buzz today about a seemingly stupid patent awarded to Amazon by the U.S. Patent and Trademark Office (USPTO). The patent describes ways of taking pictures of subjects or products on a white background. In honor of Amazon we’ve decided to launch The first-ever TG Daily stupid patent contest!

Like so many of my fellow techno-pundits I was tempted to write a snarky story about the idiocy that seems to run rampant at the USPTO these days or Amazon’s hubris in filing this patent in the first place. I was also going to bring up absurd patents of the past (like Smucker’s patent on how to make a peanut butter and jelly sandwich or the company that patented the bubble-sort algorithm). I was also going to mention the lawsuits over the online shopping cart and one-click purchasing. I might have even thrown in a few comments about patent trolls.

But I’m above all that (not really). Instead, as I was reading one of the articles about the Amazon patent, I scrolled down to the user comments and found they were much more amusing than the article itself. One poster suggested patenting a method for picking you nose. Another said someone should patent a way to make the patent issuing process less stupid.

The comments were fun and I even considered posting an idea to patent a process making it harder for Amazon (or anyone) to file stupid patents. Then I thought ‘why not get the TG Daily readers to do the heavy thinking for me?’ And that’s where the idea for ‘The TG Daily first-ever, stupid patent contest!’ (patent pending) came from.

So here’s the deal (on a nice white background, of course). You come up with an idea for a truly stupid patent (or disguise a clever idea if you’ve got one) and drop it in our comment section below. We’ll go over all your suggestions and pick one or two. Sometime in the coming weeks we’ll announce the winners.

The prize, you ask?