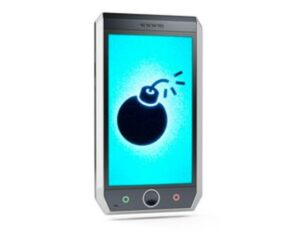 There has been a semi-controversial bill bouncing around the California Senate that would force smartphone manufacturers to include a ‘kill switch’ feature that would brick a device if lost or stolen, rendering it useless until the original owner reactivates it.

This could put a big dent in the ever increasing black market for stolen smartphones. It seems like a sensible idea to me. So why is this a controversial deal?

Well, some manufacturers have said that implementing this sort of solution on a state-by-state basis would be a nightmare for the smartphone makers.

Of course they could simply implement kill switch technology in all their smartphones and give the buyers a choice whether to implement the feature or not (although I’m not sure why you wouldn’t want to get a little payback against the jerk who swiped your $800 smartphone).

But a lot of people believe that the real reason companies opposed the legislation was the fact that every time a smartphone is lost or stolen somebody has to buy a new smartphone. Same thing happens when you drop your smartphone in the toilet (a surprisingly large number of people drop their phones in toilets for some reason) or when you forget your phone is in your back pocket and sit down on a hard surface or it simply slips out of your hand. Theoretically manufacturers could harden the devices so they wouldn’t break so easily (they could also toilet-waterproof them if they wanted to).

Anyway, the new legislation (championed by Mark Leno) goes into effect on July 1, 2015. After that date manufacturers who continue to sell devices without the kill switch can face fines of up to $2,500 for each device they sell in California that doesn’t have the new anti-theft software installed.

Curiously enough the Senate backed off on requiring kill switches in tablets too. Seems like they are trying to draw a line between a smartphone and a tablet – a line that is already so blurred that even techno-pundits have a hard time deciding where it is. How big does a smartphone have to be before you call it a tablet?